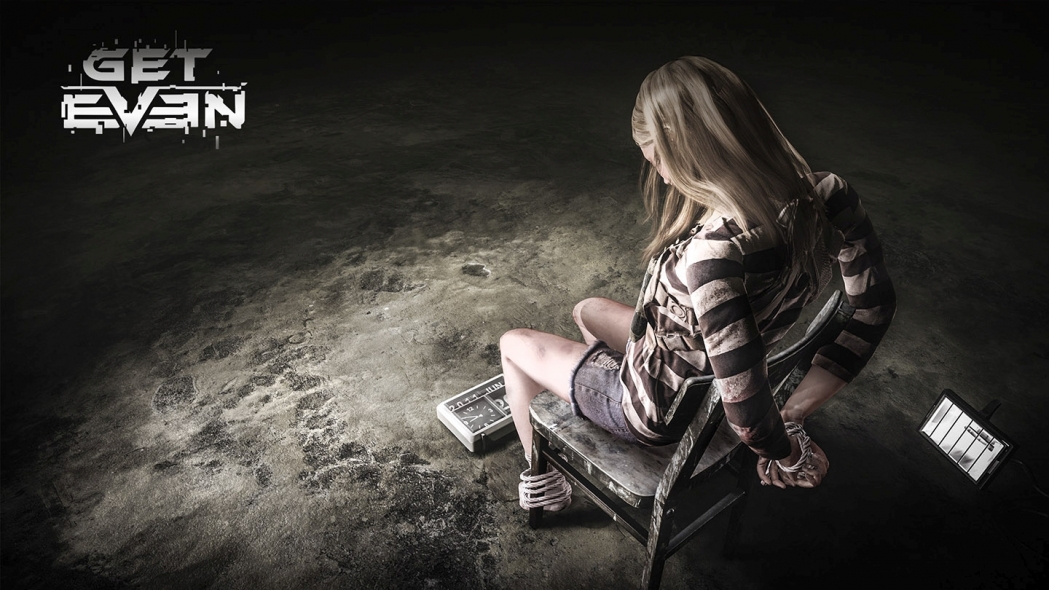 Challenge reality with Get Even

An intriguing story unveils on Xbox One, PlayStation®4 and PC. BANDAI NAMCO Entertainment Europe and The Farm 51 today revealed more clues on the surrealistic and unconventional GET EVEN.

LYON, FRANCE – August 17th 2016 – When Cole Black awakes in an old abandoned asylum, his sole memory is the attempted rescue of a teenage girl with a bomb strapped to her chest. The rest of his memories are completely gone. BANDAI NAMCO Entertainment Europe today revealed more clues on the surrealistic and unconventional GET EVEN. Developed by The Farm 51, GET EVEN is to be released Spring 2017 on PlayStation®4 computer entertainment system, Xbox One and PC.

Creating immersion through an unparalleled dive into 3D acoustics thanks to the support of the cutting-edge Auro-3D technology from Auro Technologies, GET EVEN challenges you to question your understanding of justice and reality. What is real? Your understanding of the past, is what will shape the outcome of your future. Help Black travel into the distressing and tortuous depths of his own mind, by facing the truth and answering two very simple questions: ‘Why was he there?’ and, ‘Who was the girl?

“I’m extremely pleased to be working alongside The Farm 51 to bring this unconventional experience to our customers” says Samuel Gatté, Production & Product Support Senior Director, at BANDAI NAMCO Entertainment Europe.  “Over the past 2 years, BANDAI NAMCO Entertainment Europe and The Farm 51 have built a fruitful collaboration, from artistic vision to game mechanics. We always tried to find deeper meaning than traditional gaming syntax. In GET EVEN, the strong story and memorable characters really immerse the player in a very thin boundary between virtuality and reality. Hopefully we've created an experience that will be as meaningful as it is unforgettable.”

Wojciech Pazdur, Development Director at The Farm 51 confirms. “GET EVEN is the biggest title that has ever been produced in our studio – it features the deepest story and the most advanced technology our teams have ever worked on. Thanks to the support we are receiving from BANDAI NAMCO Entertainment Europe, we have now taken this up to the next level and polished every aspect of the game in ways that were not possible before. Today, we are extremely happy that we can finally show the new face of Get Even to both players and media, immersing them into a new experience and asking them to find out “What is real?”

Discover what is real in GET EVEN available spring 2017 on the PlayStation®4 computer entertainment system, Xbox One, and PC.