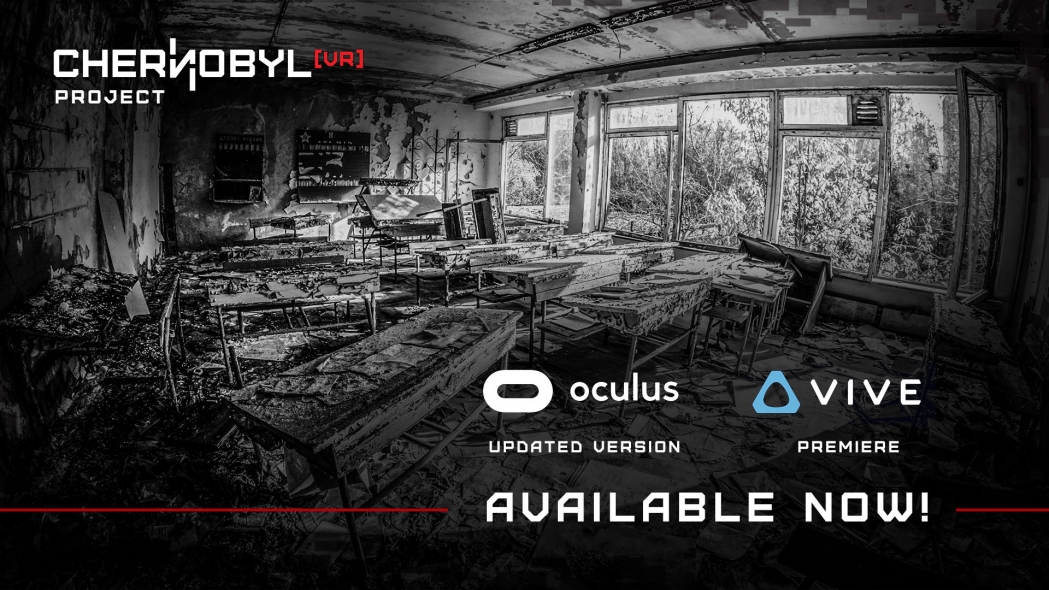 30 years after the world's worst industrial disaster, Chernobyl VR Project combines 3D scans with spherical photography and stereoscopic video to present the very first virtual tour of the Chernobyl and Pripyat areas. Explore, interact with the environment, and reveal the stories of the people affected by the events, including the Liquidators; citizens and military personnel who played pivotal roles in stemming the impacts, often at the price of acute radiation sickness.

However, the most important decision is the declaration of donating part of the proceeds from the sales of the Chernobyl VR Project to foundations helping the victims of the disaster. In association with the Polish-Ukrainian Open Dialog Foundation, we will select organizations to provide support to (different percent of sales profit, depending on the application version and platform). In doing so, we hope that we contribute to helping the victims, and that the initiative will give our project another educational and social dimension.

Chernobyl VR Project began with the simple plan of bringing people into the Exclusion Zone, but over time it has grown into something much more personal as we find new stories to be told and places to be explored. This is not the end of Chernobyl VR Project we will still update it soon. Plans are already in place to visit the area again to collect even more footage and bring more of the area's history to life later this year.

Chernobyl VR Project is available now on HTC Vive and Oculus Rift for [$14,99].