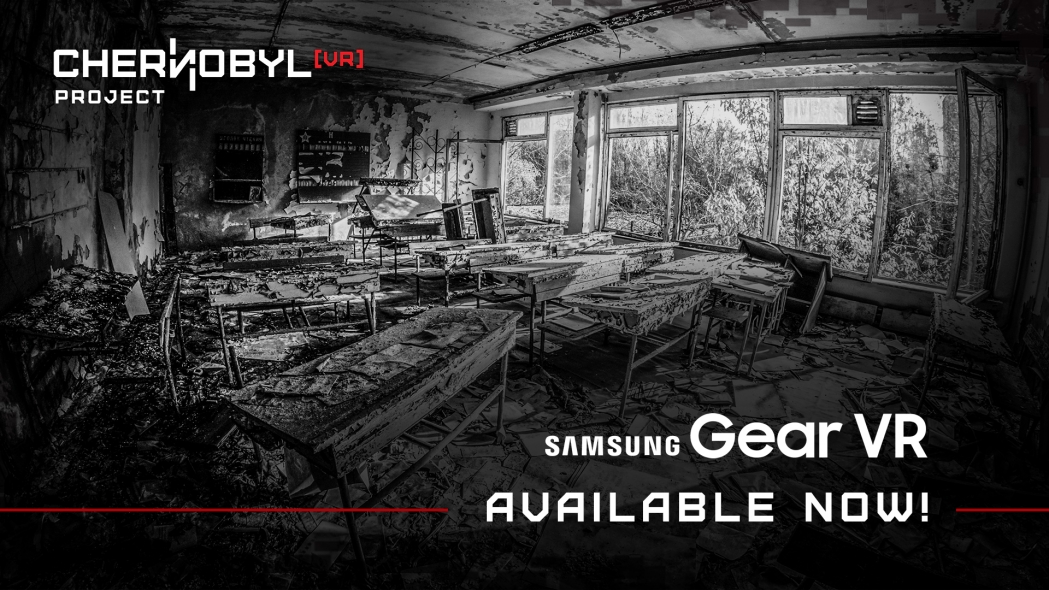 GLIWICE, POLAND, 8.12, 2016 – The Farm 51 today announced that the new release of Chernobyl VR Project application is now available for Samsung Gear VR platform. The premiere coincides with the historic event of installing in the power plant a new sarcophagus called “The Arc”. This is a giant and very expensive international project – the new sarcophagus will cover the place of explosion for about  100 years. The Arc is an amazing, 31-thousand ton construction, which has consumed 5 million working hours, 20 thousand of concrete cubes and has cost over EUR 1.5 million.

“The Farm 51 team was present at the official gala of installing the sarcophagus. We realized that this was a symbolic end of an era,” said Wojciech Pazdur, Head of the Development Team. “The power plant is going to be closed for the future generations and Pripyat and its neighborhood have been deteriorating slowly. We realized that in a few years Chernobyl VR Project might be the only chance to see what the place looked like before. That is why I am truly glad we have just released a new version for Samsung equipment, which for many people is the first step into the virtual world.”

Additional advantage of the new platform is also the possibility to adjust the focal length to fit the displayed view to the users’ defects of vision.

Chernobyl VR Project is a unique project by The Farm 51, a software developer from Gliwice, which combines video games with educational software. It is the very first virtual tour around the Chernobyl and Pripyat area, compatible with multiple VR headsets, such as Oculus, HTC Vive, or the mobile Samsung Gear VR solution. The Farm 51 has visited the site multiple times, preparing the project and collecting visual content. Chernobyl VR Project is a unique combination of video game fun and an interactive documentary describing the history and geography of the polluted zone.