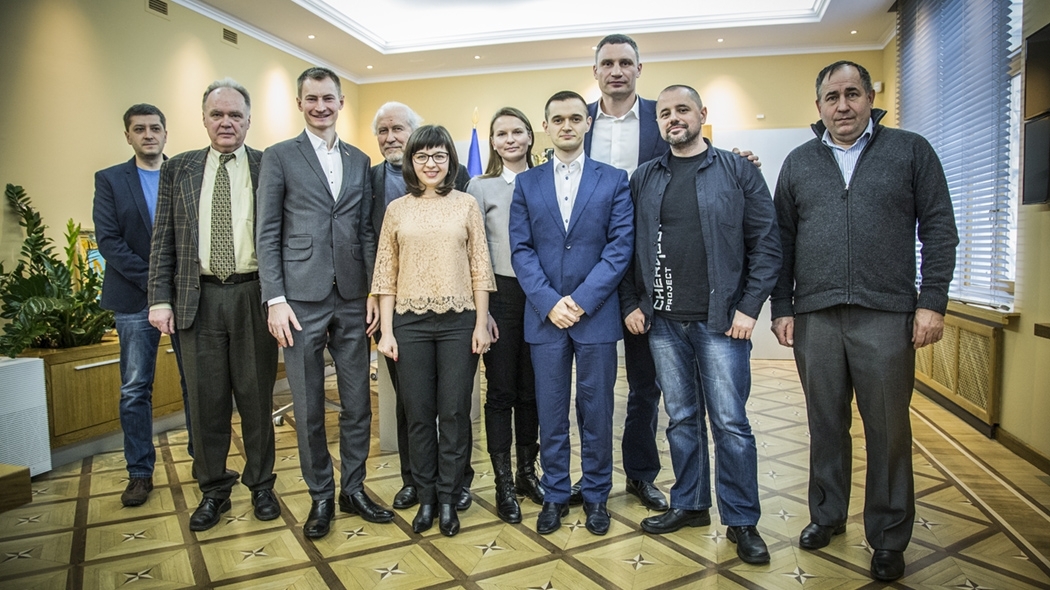 Chernobyl VR Project on the Ukraine

We are pleased to inform that during our visit in Kiev on March 3-6, 2016, Łukasz Rosiński and Wojciech Pazdur, vice presidents of The Farm 51, met with the Ukrainian authorities, businessmen, and people related to the Chernobyl disaster. The meetings have been aimed at establishing cooperation as part of our key virtual reality application project – the Chernobyl VR Project.

The very idea of the Chernobyl VR Project app, as well as the available production material, were met with much emotion, as they touch the disaster that is still pretty much alive in the memory of many Ukrainians. Special emphasis was put on the strong educational and social significance, as the application will tell the story of many people related to the disaster, especially of the so-called liquidators, who were responsible for nuclear cleanup after the event. The Farm 51, in cooperation with the Open Dialog Foundation, organized a meeting with ex-boxer, current Mayor of Kiev and active politician, Vitali Klitschko, local politicians, people from a foundation supporting the disaster’s victims, as well as the media and potential technology partners.

The meetings resulted in a document of understanding with Vitali Klitschko on providing image-building support for the Chernobyl VR Project using all available media (social, TV, press), the Kiev’s Mayor’s participation in the project’s official launch on the 30th anniversary of the disaster (April 26, 2016), and making it possible to organize the launch in a location in Kiev’s downtown, chosen by The Farm 51. The launch will be accompanied by two conferences – one revolving around technology, and one related to investments in Kiev’s key technology hubs.

During a number of extremely interesting meetings, an idea of broad business cooperation started taking shape, including possible future virtual reality applications. We are especially interested in tourism and improving global awareness about recent events on the Ukraine.

Chernobyl VR Project is a very special project by The Farm 51, a software developer from Gliwice, as it combines virtual reality with educational software. It is the very first virtual tour around the Chernobyl and Pripyat area, and at the same time a virtual museum, compatible with multiple VR headsets, such as Oculus Rift, HTC Vive, PlayStation VR or mobile solutions, like Samsung Gear VR. The Farm 51 has visited the site multiple times, preparing the project and collecting visual content. Chernobyl VR Project is a unique combination of all currently available forms of creating a virtual reality – interactive stereoscopic movie, 360-degree still images, and classic 3D applications with experience similar to that of video games. The project uses the Reality 51 technology, which ensures the best possible translation of reality into a virtual world.

We encourage you to watch the Chernobyl VR Project trailer: https://youtu.be/reIzoNE9WcE